Not sure what is is about January 14, 2022 but it’s going to be a religious day for deathcore appreciators. Currently, the release date is set for new records from Fit For An Autopsy (read about it here), Shadow of Intent (read about it here), Enterprise Earth and even Underoath (read about it here if you need a breather from the deathcore). Adding to the carnage now is the almighty Impending Doom who have been teasing their return for quite some time now.

Impending Doom are have just announced a five-track EP titled Hellbent which would encompass the band’s first delivery of new music since their 2018 album The Sin and Doom Vol. II. The EP release date is even more of a coincidence with Fit For An Autopsy‘s release of Oh What The Future Holds, as back in March Impending Doom shared that FFAA‘s Will Putney would be mixing their next release. This is huge news for the deathcore outfit who’ve had loyal fans beg for new tunes for so long. To coincide with the EP announcement, the Californian band have released the first single ‘Satanic Panic‘ and she’s a big one.

Alright let’s check out this beast! She starts fast and detonates immediately. The chaos from the first verse hits a crescendo where the melodically heavy ‘Satanic Panic’ chorus kicks in, for at least a moment anyway. The song gradually picks up, almost for a whole minute and eventually crumbles into a chronically delightful breakdown, leaving you energised and super stoked that Impending Doom are back. 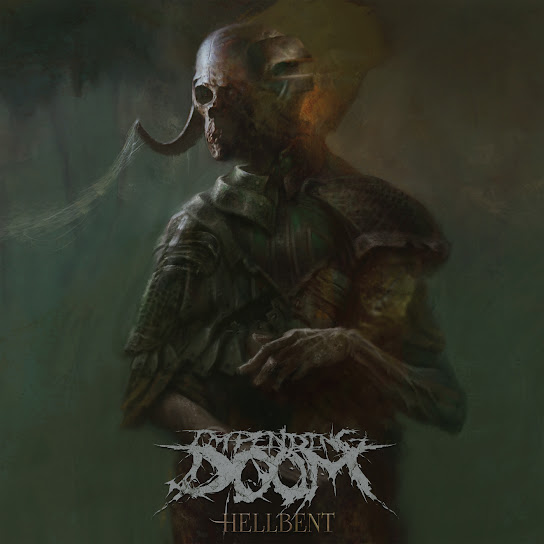