Is this heaven? One of the fastest rising acts of the Australian progressive music scene, Ballarat’s Ebonivory are teaming up with one of the scenes most prominent bands, Sydney’s Glass Ocean for a co-headline tour! This February and March you can catch them around the country

The last twelve months for Ebonivory have been a whirlwind of performances and recognition following the release of their most recent singles ‘Patting The Black Dog’ and ‘Tales Of Termina’.

Vocalist Charlie Powlett says of teaming up with Glass Ocean; ‘”We’re extremely excited to be touring with our friends in Glass Ocean; they were a strong influence of mine several years ago that restored my faith in making my particular brand of unique music and have owned the stage every time I’ve seen them perform. This will be our final run of shows in Australia before we journey over to North America for the first time in May, so make sure you’re there to witness it!“

And Glass Ocean, boasting maturity beyond their years have earned a reputation as a must see live act. Their modern take on late 90s progressive pop is sugar-coated with a subtle hint of pure and incorruptible sensuality. The band have been completing their debut record with Chris Blancato (Northlane) and will be sneaking in a few new ones for the fans ahead of its 2020 release.

How good does that sound? If you’re in need of some proggy goodness, grab your tickets right here. 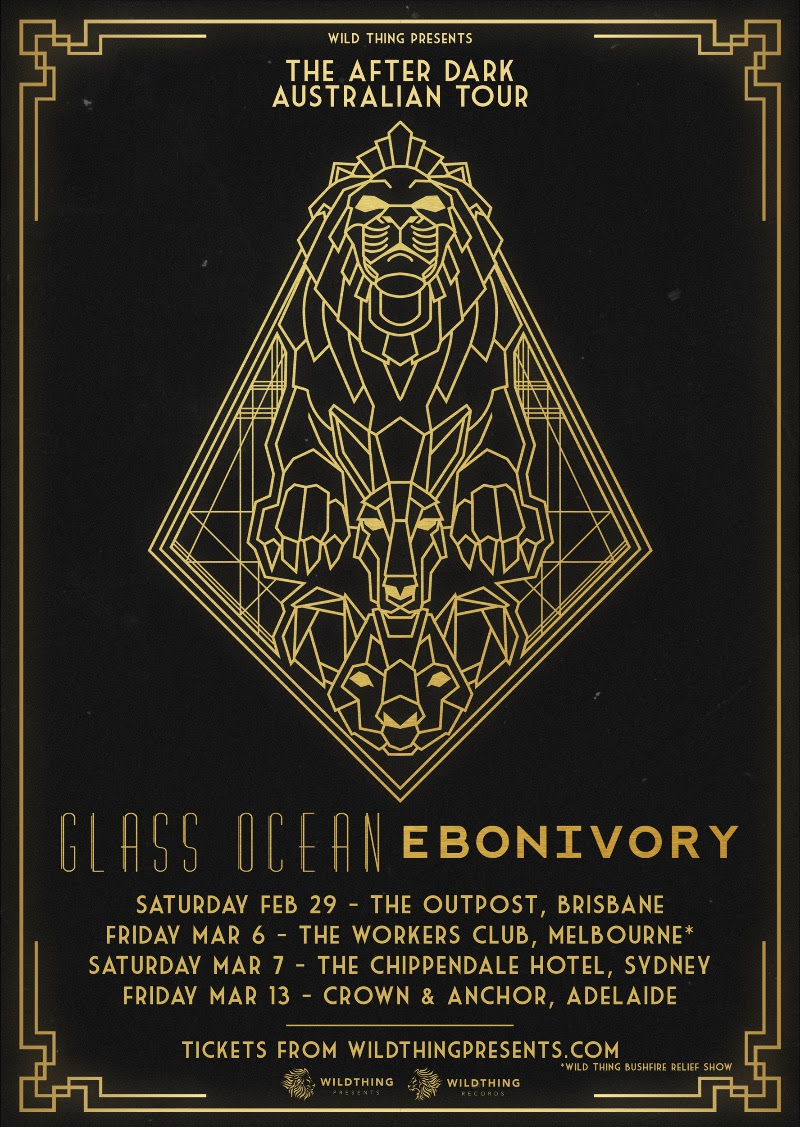